MENU
Cavalry FC vs. York9 FC: Both teams on the brink of qualifying for 2nd round
September 4, 2020
Canadian Premier League
by
John Molinaro, CanPL.ca
news

If there’s one CPL match that neutral fans should watch during this final weekend of the first round at The Island Games, then Cavalry FC vs. York9 FC on Saturday afternoon just might be it.

Both teams enter this contest with 10 points apiece, and are tied for second place in the table. A win by either side would see them clinch a second-round berth. A loss or draw wouldn’t eliminate the Cavs or Y9, but it would jeopardize their chances of advancing.

Cavalry is the more rested of the two teams, with its previous match coming last Sunday in a 2-1 loss to Pacific FC (the Cavs’ second consecutive defeat at The Island Games).

York, meanwhile, enters Saturday’s contest off a 1-0 win over FC Edmonton on Tuesday, a result that allowed the Nine Stripes to remain the only unbeaten club in PEI (with two wins and four draws).

Cavalry and York are currently tied for second place in the table with 10 points apiece.

A victory by either side would see them clinch a second-round berth. A draw or loss would not mean elimination, as both Cavalry and York could still advance to the second round if results on Sunday (HFX vs. Ottawa and Pacific vs. Edmonton) go their way. 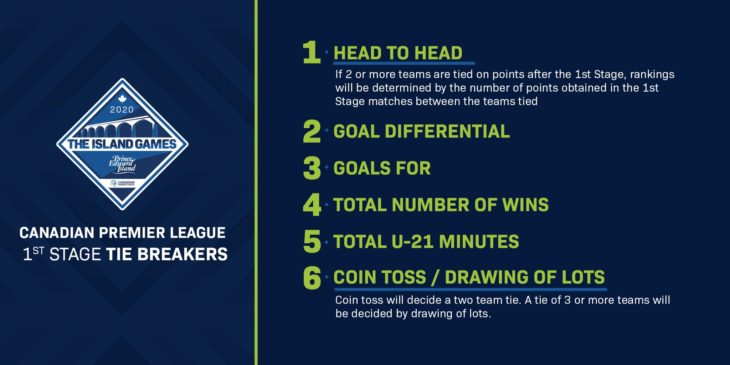 “It’s down to us. Our fate’s still in our hands and it just comes down to which guys are gonna roll up their sleeves with us and get back at it.” – Cavalry coach Tommy Wheeldon Jr., after the Pacific game.

“I thought our movement was good tonight. We were breaking the lines and found ourselves some nice little pockets. But, look, it is just about getting three points but we touched upon a few things in training and it seemed to work for us tonight.” – York9 coach Jim Brennan, after the Edmonton game.