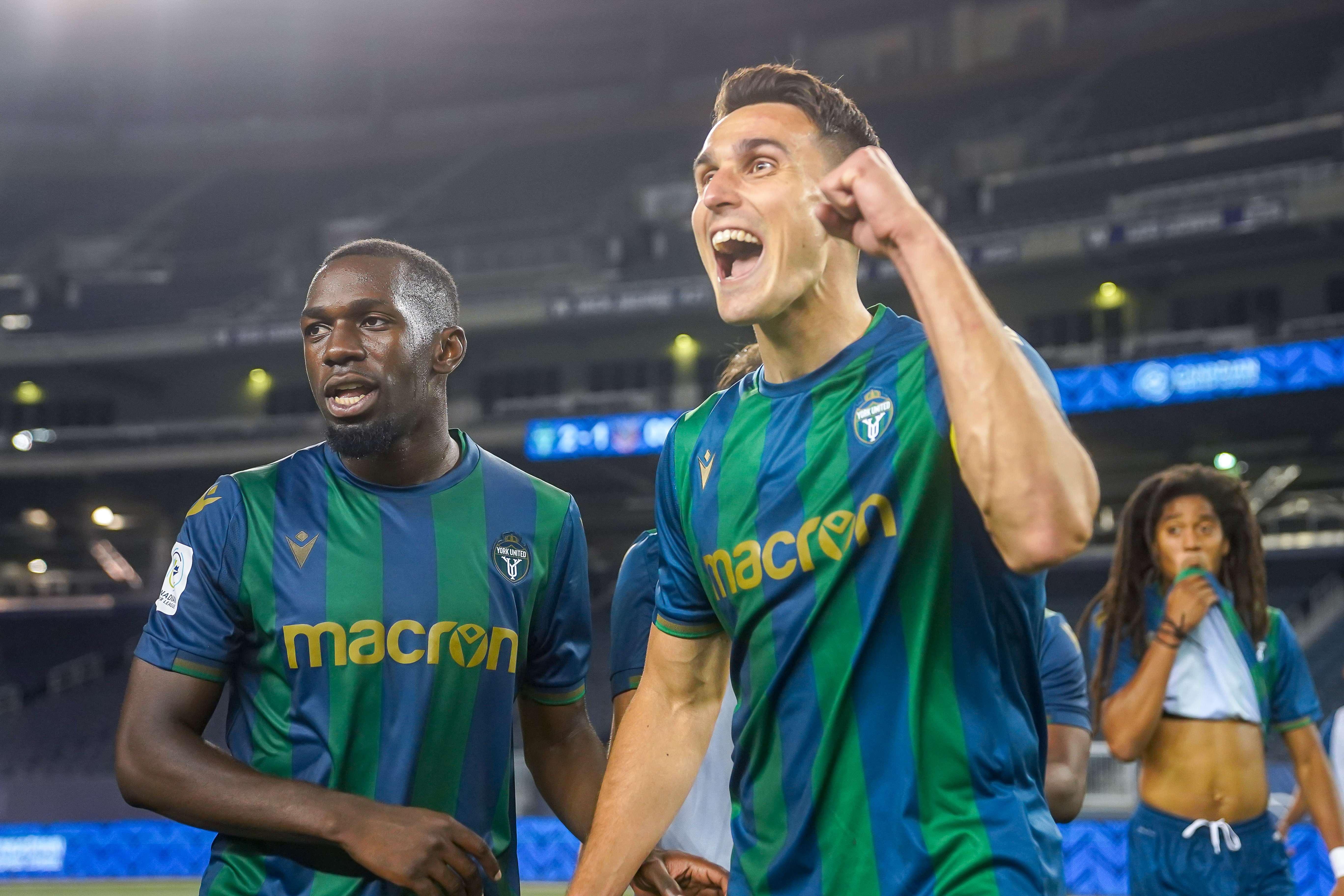 It was a tough homecoming for Valour FC fans, as despite taking an early lead in their match against York United on Wednesday night, the Nine Stripes would come out victorious for their first win of the season.

Both sides gave starts to their backup goalkeepers in this match, with Matt Silva getting the nod for Valour, and Niko Giantsopoulos was handed his York debut. Both were given early wake-up calls, with a goal at each end of the pitch inside 15 minutes.

Valour captain Andrew Jean-Baptiste gave his side the lead just five minutes in, heading home a corner for his second goal of the season. The first CPL Player of the Week of the season, Jean-Baptiste kept his promise to score for the fans in their return, and celebrated by blowing kisses and running over to the Valour fans.

It was a moment nearly two years in the making, and one that will be remembered for quite some time.

After knocking on the door a few times in the early stages of the match, York United got themselves right back into the game around ten minutes later.

A pair of York’s standouts thus far in the 2021 season linked up nicely, as an inch-perfect cross from Diyaeddine Abzi met the head of a rushing Lowell Wright. The 17-year-old redirected the ball toward the bottom right corner, and although he got a touch on it, Silva was unable to keep the header from close-range out of the net. 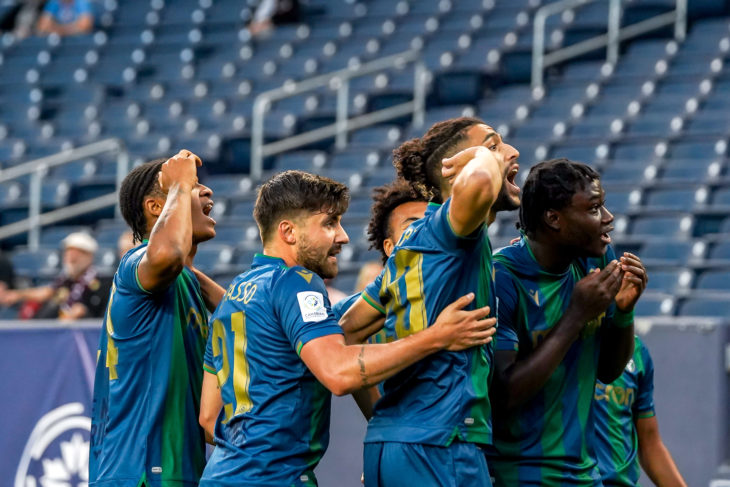 Abzi forced a big stop out of Silva a few minutes later with a rocket from distance, but the former York goalkeeper was alert to the danger and able to keep it out.

The two sides entered the break tied at one goal apiece, but moments after the second half began, York took the lead.

Dominick Zator, one of York’s marquee signings this offseason, scored his first goal for the club, rising high and heading the ball home after a dangerous ball in from Terique Mohammed on a free kick. Silva came out to try and get to the ball, but Zator was there first, and his header floated into the back of the net.

Rafael Galhardo thought he scored a brilliant free kick to equalize for Valour in the 83rd minute, but after some confusion and rule clarification, the goal was disallowed. Jean-Baptiste stood less than a metre in front of the defensive wall, something that isn’t allowed anymore, and the goal was called back. It was a tough call, but the correct one, and Valour were still yet to find an equalizer.

That equalizer would never come, as York saw out the rest of the match unscathed, despite a late Valour push for a point.

York thought they deserved a penalty in stoppage time, as Jean-Baptiste took down Abzi in the box, but it wasn’t called by referee Yusri Rudolf, and the match would end 2-1.