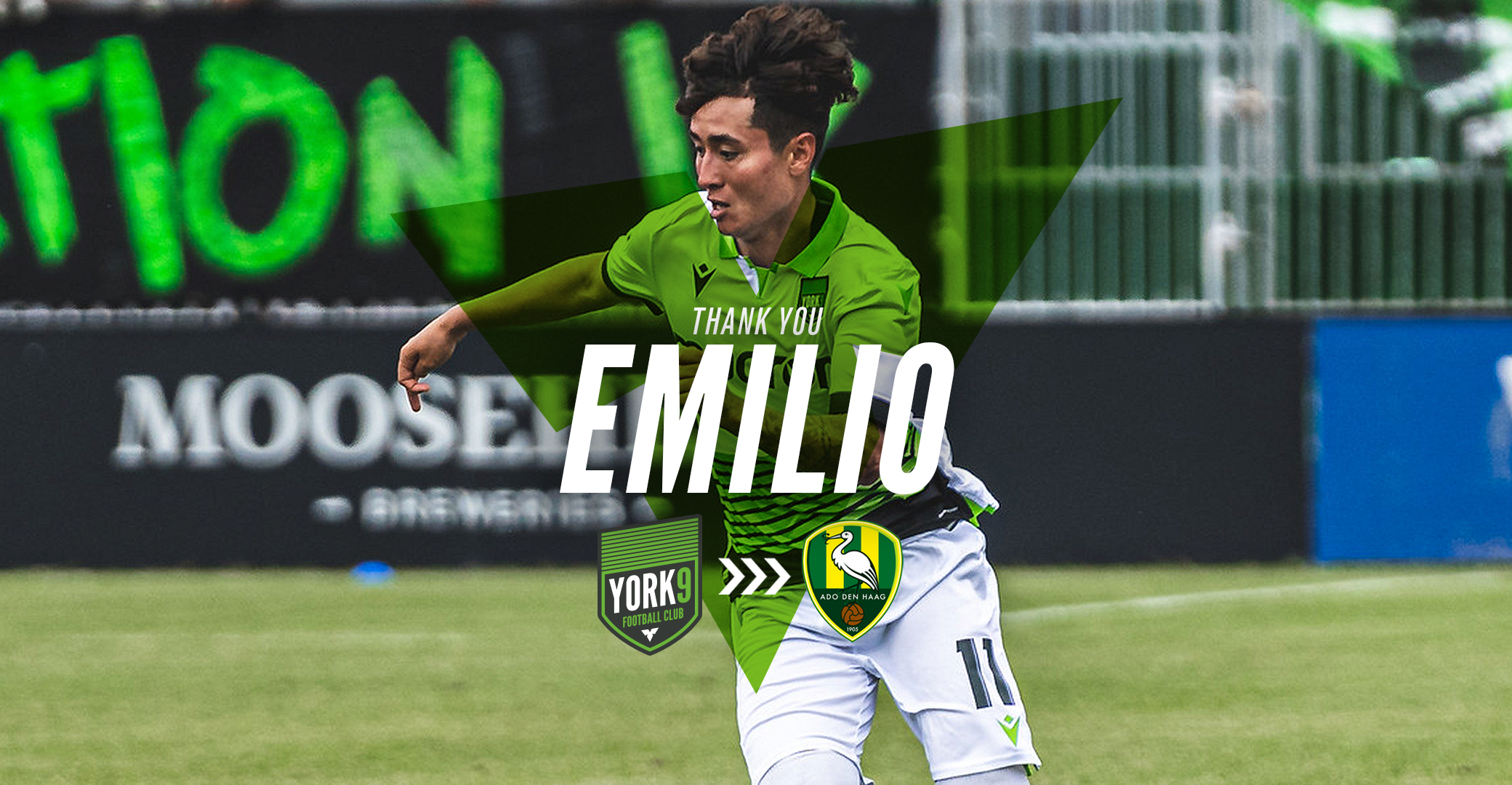 Toronto, ON (May 12, 2020) – York9 FC can confirm the sale of midfielder Emilio Estevez to Dutch topflight side ADO Den Haag

The 21-year-old Toronto native joined York9 via the 2018 CPL Open Trials and made 18 league appearances, scoring once. During the 2019 season, he was called up to the Chinese Taipei national team, playing in their 2022 FIFA World Cup qualification campaign.

The transfer makes Estevez the first ever player move from the Canadian Premier League to a club in the European topflight.

Managing Consultant Angus McNab said: “Everyone at the club would like to wish Emilio all the very best following the agreement of his transfer to ADO Den Haag.  Emilio is a great guy and one that the coaching staff and squad will miss.  We couldn’t be more thrilled for him and he leaves with everyone wishing him the very best for the future with The Storks.”

“This transfer is a further sign of the progress the CPL has made in a relatively short period of time.  On our side Jimmy Brennan deserves so much credit for identifying Emilio and working with him.  We want to be a club that is known for developing talent and we hope this is the first of many sales to top divisions in Europe.”

Estevez added: “Coming from trials two years ago and now going to Europe is obviously a huge thrill for me. I learned so much and owe a lot to the coaching staff at York9 who believed in me and gave me a shot. Now I’m going to one of the biggest footballing countries in the world and I’m incredibly excited.”