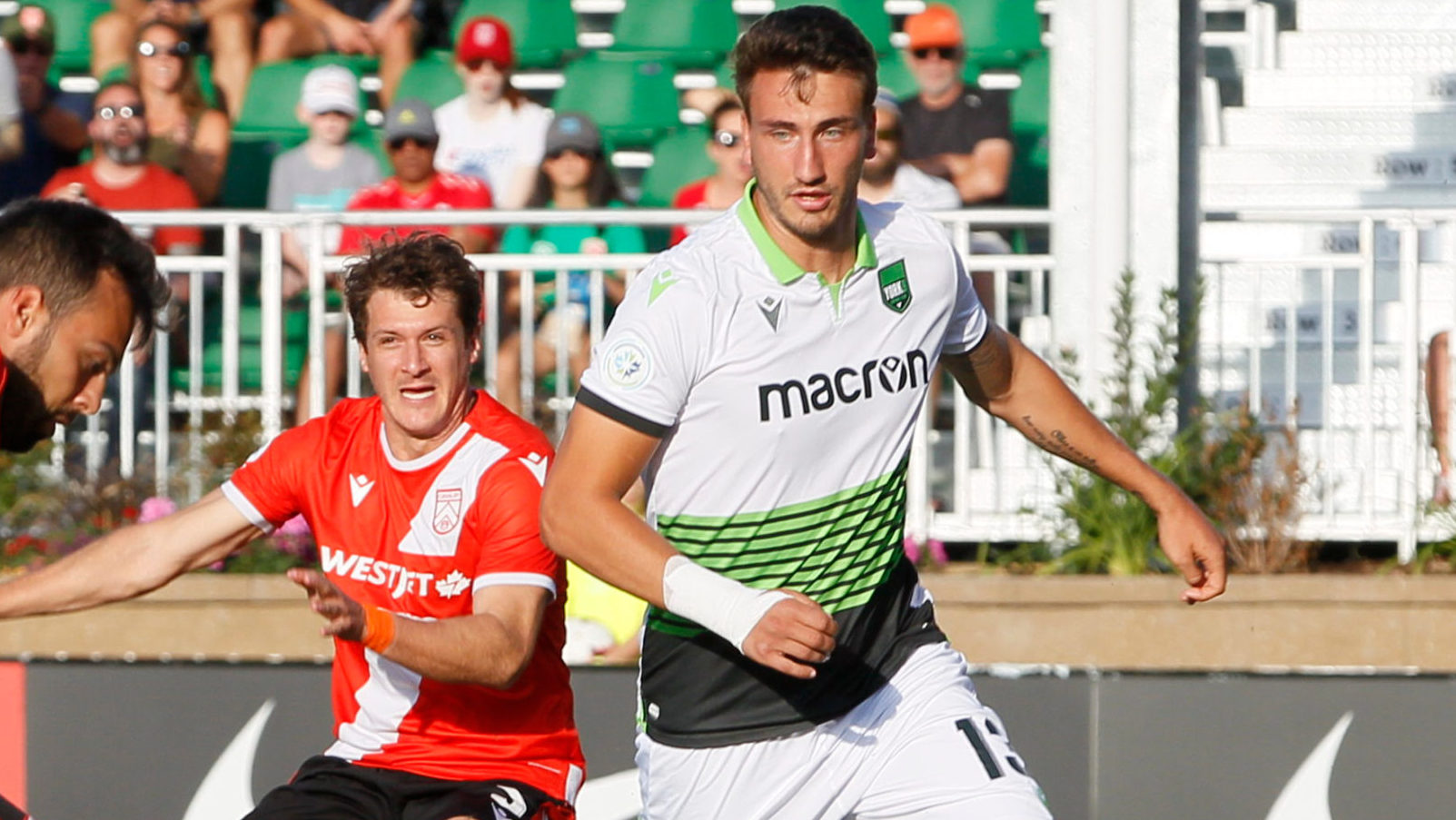 Having trailed the two finalists, Forge FC and Cavalry FC, all last season, York9 FC coach Jimmy Brennan was plain with their off-season intentions: “We’ve got to improve. We’ve got to be better.”

As training camp opened in sunny Orlando, Florida, this week, Brennan recounted a busy winter that saw a smattering of new recruits welcomed to the fold, a balanced mix of Canadians and internationals.

On the domestic front, York acquired some of the highest-profile free agents on the market in Chris Mannella, Michael Petrasso, and Matthew Arnone, while in Max Ferrari, Brennan went back to his old club, Aurora FC, to pluck a gem from League1 Ontario.

Dipping into the international market, Brennan went in search of further additions, highlighting six players from South America, Asia, and the Caribbean in a range of positions.

While hardly the most drastic turnover in CPL, it was a recognition that 2019 just wasn’t good enough.

“It’s hard building a squad,” confided Brennan. “Last year it was a scramble. You build your squad and then after your first year you start looking at it and going, ‘Okay, this is where we need to improve, this is the quality that we need in this position.’”

“Everybody’s realized that,” he continued. “The only two that really haven’t shuffled too much is Calgary and Forge.

“The rest of us have all been juggling our rosters because we know what the standard is going to be.”

With 11 returning players, York9, by latest count, are smack in the middle of the seven CPL sides braced for year two. The two pacesetters, Forge and Cavalry, are two of the three above them with FC Edmonton largely staying the course as well.

That group of 11 returnees contains most of the names one would expect, the majority of Brennan’s preferred XI from last season, minus a few notables.

That is the foundation.

“I was delighted that we had (them) all coming back,” said Brennan. “They understand the way that we play, our philosophy, and now it’s just getting all the right pieces that’s going to enhance the squad.

But having fallen short in 2019, Brennan was adamant that: “We needed a bit more quality to come in, especially off the bench, to give us more depth. We wanted to create an atmosphere within the club where we would have guys fighting for positions all over the park.”

“That’s really going to push our group and get us over the final hurdle to get us into a final,” he aimed. “We’ve got a great squad now that we feel are very competitive.

“We’ve added some very good players to our roster, that’s going to improve our squad and make us a better outfit this year.”

With the announcement this week of Brian Lopez, an Argentine midfielder, and Jaco, a Brazilian forward, York feel they have done what was needed.

“No, we’re pretty much done now,” laughed Brennan, asked if he wanted to foreshadow any further signings. “We brought in (Adrian) Ugarriza, we’ve got Jaco in, quality strikers that we were looking for. With wide guys out wide, with (Nicholas) Hamilton and (Gabriel) Vasconcelos. We brought in Lopez as well, another great defender.”

“We brought Fugo (Segawa) in, a quality left-back, who has got up bags of energy and a great left foot,” continued Brennan, cognizant that Diyaeddine Abzi may miss some time with the Canadian Olympic squad this season. “We were quite strategic in the players that we wanted.

“We brought in Arnone as well, where we felt we needed another experience centre-back who’s going to backup Roger Thompson and Luca Gasparotto.”

Brennan likes the mix at his disposal and their prospects for 2020: “We’ve got a great bunch here, they’ve got a great mindset, they’ve got good work ethic. These players, every single day, are coming in focused and they’re raring to go. They know what the end goal is for our organization.

“We have one goal: get to the final and win a championship.”

The one question, with the departures of Ryan Telfer, Simon Adjei, and Rodrigo Gattas – a trio that accounted for 24 of York’s 39 goals last year – where will the goals come from for York9 FC?

“In the second part of the season, 18 games, we scored 30 goals. It’s not just those strikers, it’s the rest of the team, our defenders, our midfielders, that are creating those opportunities for the strikers,” explained Brennan. “We feel we’ve got some some dynamic players that are first class, in and around that box, with Ugarriza and Jaco. We’ve got the pace that we wanted as well with Hamilton and Vasconcelos. We feel that we’ve got the right mix.

“We’ve got guys that have got an eye for goal, in and around the box, so we feel that we’ve got the right pieces that are going to get those opportunities because we will create them.”

York will spend two weeks in Florida with a handful of preseason matches lined up against sides from Orlando City SC, Chivas de Guadalajara, and a local university.

“It’s good for the guys to get down south, get in the sun, get on grass for a couple of weeks and really get the fitness levels up,” detailed Brennan. “There’s a lot of tactical work, a lot of fitness work, but it just gives us an opportunity to get away from the city, get away from everybody, and just really focus on ourselves.

“The staff and the squad working together and bonding.”

“It’s great,” said Brennan. “Last year we had four or five games on the road and it felt forever before we were getting home. It was a difficult start for us, but this year is going to be different.”

“They’re excited at the team that we’re building and looking forward to the season ahead.”