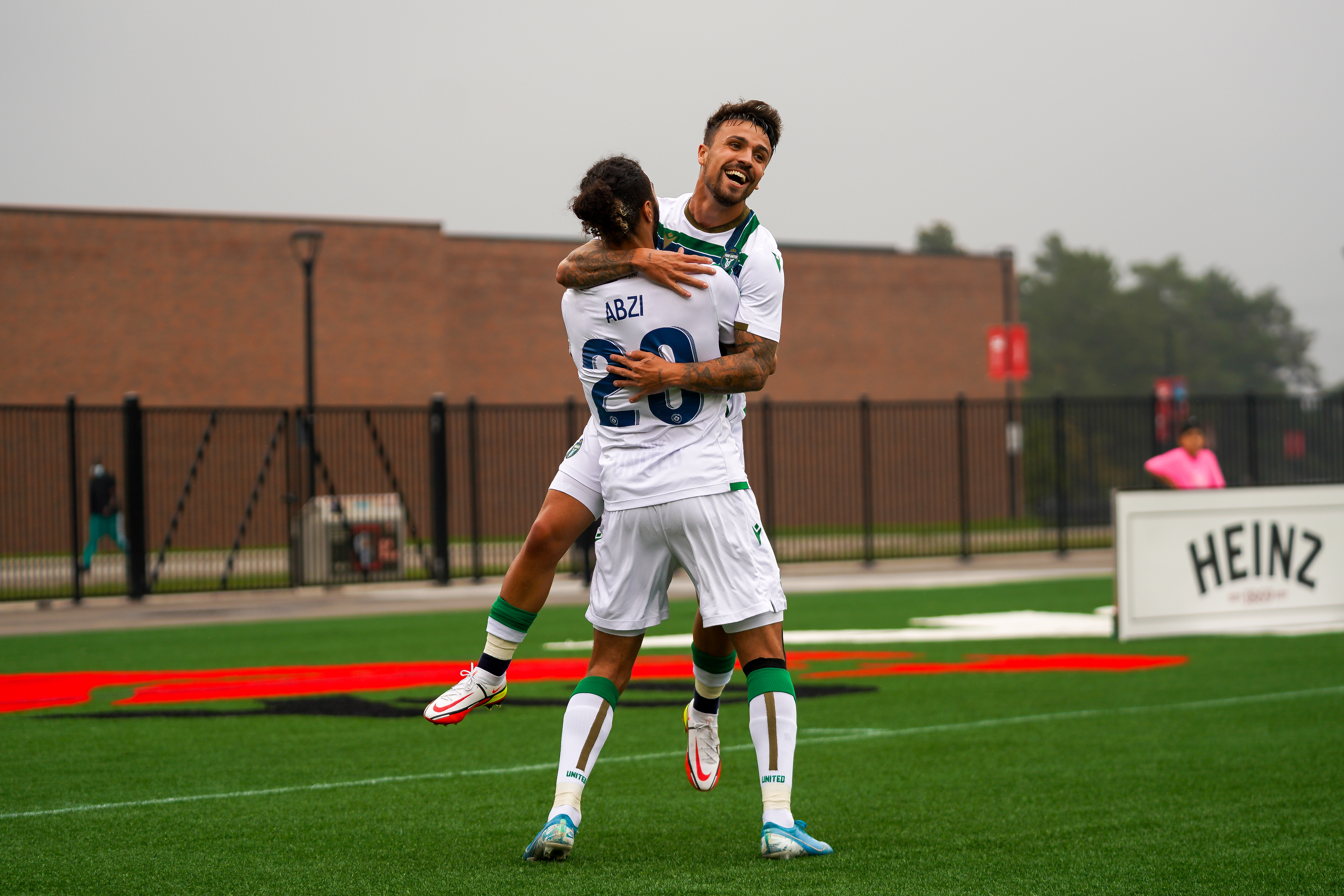 With the playoffs looming and three vital points on the line, York United hosted the HFX Wanderers at York Lions Stadium but the points are shared after a 2-2 draw.

After emphasizing the importance of not shaking things up, coach Jimmy Brennan opted to name an unchanged starting XI for the hosts. Meanwhile, coach Stephen Hart made a number of changes for the visitors including the return of goalkeeper Christian Oxner, dropping João Morelli to the bench and starting Akeem Garcia after Alex Marshall picked up an injury just before kick-off.

It was a nervy opening few minutes for either side as these familiar foes settled into the game. The breakthrough, however, came early on when a poor defensive header from Peter Schaale landed in front of a wide-open Álvaro Rivero who squeezed the ball under Oxner just 12 minutes in.

Needing a response, the Wanderers lunged forward with most of their attack coming down the right-wing. While York continuously read the plays well, the repetition eventually paid off for the visitors when Cory Bent teed up a sliding Garcia to level things 1-1.

The match continued to be a testy affair with either side pushing to turn the tie in their favour. York’s Max Ferrari and Lowell Wright caused problems for the Wanderers while Garcia continued to be a threat for the visitors. Eventually, the visitors turned things around 2-1 when Mamadi Camara found the back of the net.

Both teams opted for changes coming into the second half. Bent, who appeared to pick up an injury, was replaced by Stefan Karajovanovic while Brennan opted for four changes by the 65-minute mark.

The Wanderers maintained control of the game for most second 45 minutes but York United saw multiple chances fall just short. Oxner, in particular, made two good saves to keep the hosts from tying things up. However, the persistence from Brennan’s side eventually saw them break the visitors down and substitute Julian Ulbricht tied things up 2-2.

Chaos ensued as the clock continued to count down with York United pushing for a victory. Numerous scrambles in the box almost saw them take home all three points but the Wanderers found a way to hang on.