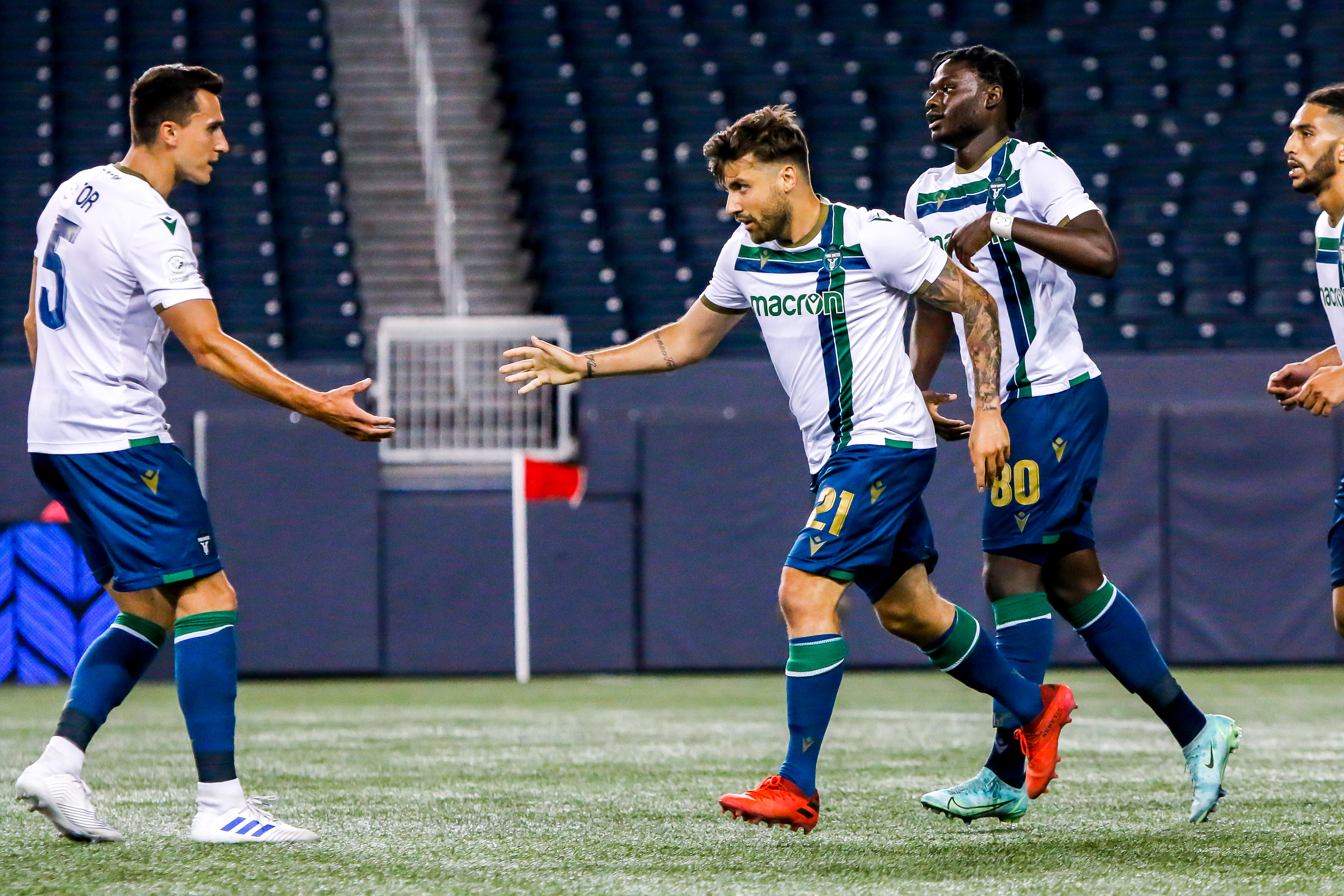 York United FC and FC Edmonton both added a point to their ledgers on Sunday night as they each found the net once at IG Field, playing out a tight 1-1 draw after 90 even minutes between the clubs. York, with their second draw of the season, moved their total points up to two, while the Eddies — with their fourth point from three games — moved into third in the CPL standings.

Jimmy Brennan deployed a York side that was fairly consistent with previous efforts — Lowell Wright continued to lead the line, with Max Ferrari and Diyaeddine Abzi joining him in attack, and Dominick Zator and Roger Thompson playing as centre-backs ahead of goalkeeper Nathan Ingham once again. Edmonton, meanwhile, changed things a little; Amer Didic took the night off, with Hunter Gorskie and Mélé Temguia taking over in the centre of defence, and Thomas Gardner leading the line up front.

The first half of the contest was, all told, a fairly toothless affair; York’s Abzi managed the only shot on target of the 45 minutes as both sides ultimately couldn’t quite solve the stingy defence of the other. Both clubs worked hard to move the ball out of the back, with the wide areas the primary battlefield for the first few clashes, but neither team was able to create enough threatening opportunities in the opposing box. Just over half of the game in the opening frame was played in the middle third of the pitch as both sides looked to break each other down.

Not too long after halftime, though, it would be the Eddies who opened the scoring. Fraser Aird, running onto a tapped pass from Jeannot Esua near the halfway line, strolled into space in midfield before firing a screamer of a shot from well outside the box to beat Nathan Ingham with one of the best goals so far in this young CPL season.

In hopes of countering the Edmonton goal, York promptly brought a trio of fresh players in, with Michael Petrasso, Noah Verhoeven, and Cedric Toussaint checking in around the hour mark to try and inspire the attack a little with their side down a goal. Jimmy Brennan’s adjustments quickly bore fruit; just around the 67th minute, Petrasso made a run with the ball from wide, and he managed to punish a clumsy attempted interception by an Edmonton defender to take his own ball toward goal on his own, finishing sharply into the left side of goal for an equalizer.

The tempo of the match increased as things went on; the Eddies made a threatening dual substitution in the 76th minute, bringing in Easton Ongaro and Amer Didic — the latter of which allowed Hunter Gorskie to play a slightly more advanced midfield role.

Eventually, Edmonton’s possession upfield paid off: Gorskie won a penalty kick for the Eddies with contact from Ijah Halley near the 90th minute. Unfortunately for them, though, Easton Ongaro’s attempt from the spot caromed off the bottom of the right post and away from goal, keeping the score at 1-1.

York had another couple of opportunities after, including one from a corner kick, but ultimately the sides split the points in a match where they had equal shares of possession and 13 shots apiece.