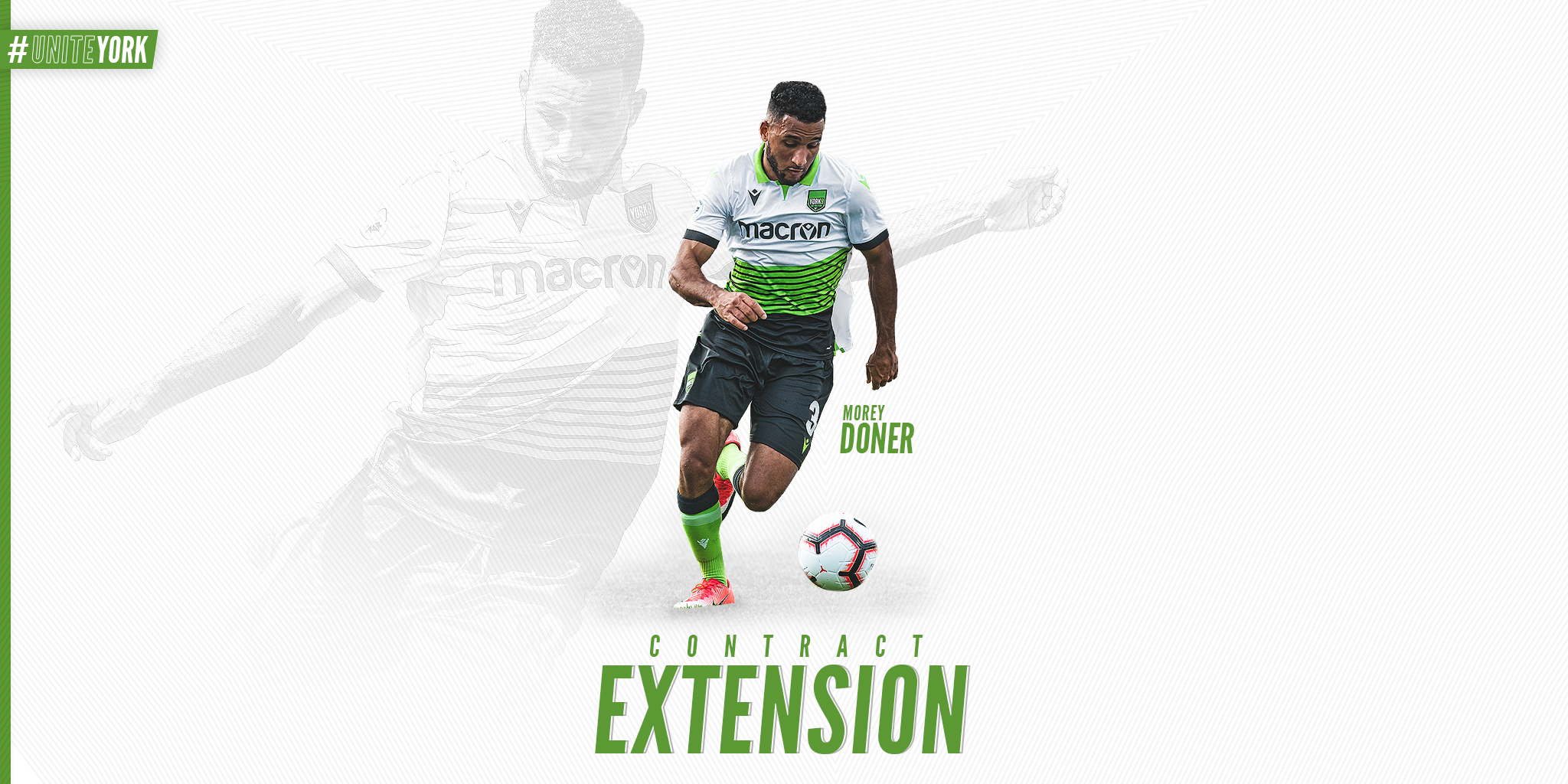 Having played every minute of Aurora FC’s 2018 season, including representing the League1 Ontario All-Stars – alongside new York9 FC team-mate Matthew Arnone who was with Vaughan Azzurri at the time, the Collingwood-born fullback was snapped up by his former boss Jimmy Brennan in February last year and hasn’t looked back.

The 26-year-old put pen to paper on the deal this week after a standout first season with the Nine Stripes that saw him make 29 appearances in all competitions.

Doner said: “It’s a dream come true for me to sign a new deal with the club that gave me my first professional contract. All those trips from Collingwood to Aurora to try and impress the gaffer back in 2016 seem so even more worth it now.

“To commit my future here was something I always wanted to do from the moment I first stepped out on the field last season. This has become my home and to play for this club, and to represent the region, in front of my family means so much so this new deal is everything to me.”

Managing consultant Angus McNab added: “I’m delighted that Morey has agreed to extend his contract with the club. He has established himself as a fan favourite, and I’m sure our fans will be happy to see him working up and down our right flank for the next two seasons.

“I hope this is the first of many contract extensions we sign with Morey as he’s a great local success story with his progression from League1 Ontario to the CPL. He is a real role model and an active part of our work in the community.

“I’d like to thank Morey and his representative, Harun Roble of Felkrem, for their work in getting this agreed.”

For the next 24 hours (until noon on April 24th), add DONER 3 to any York9 FC jersey for free! Order yours now!