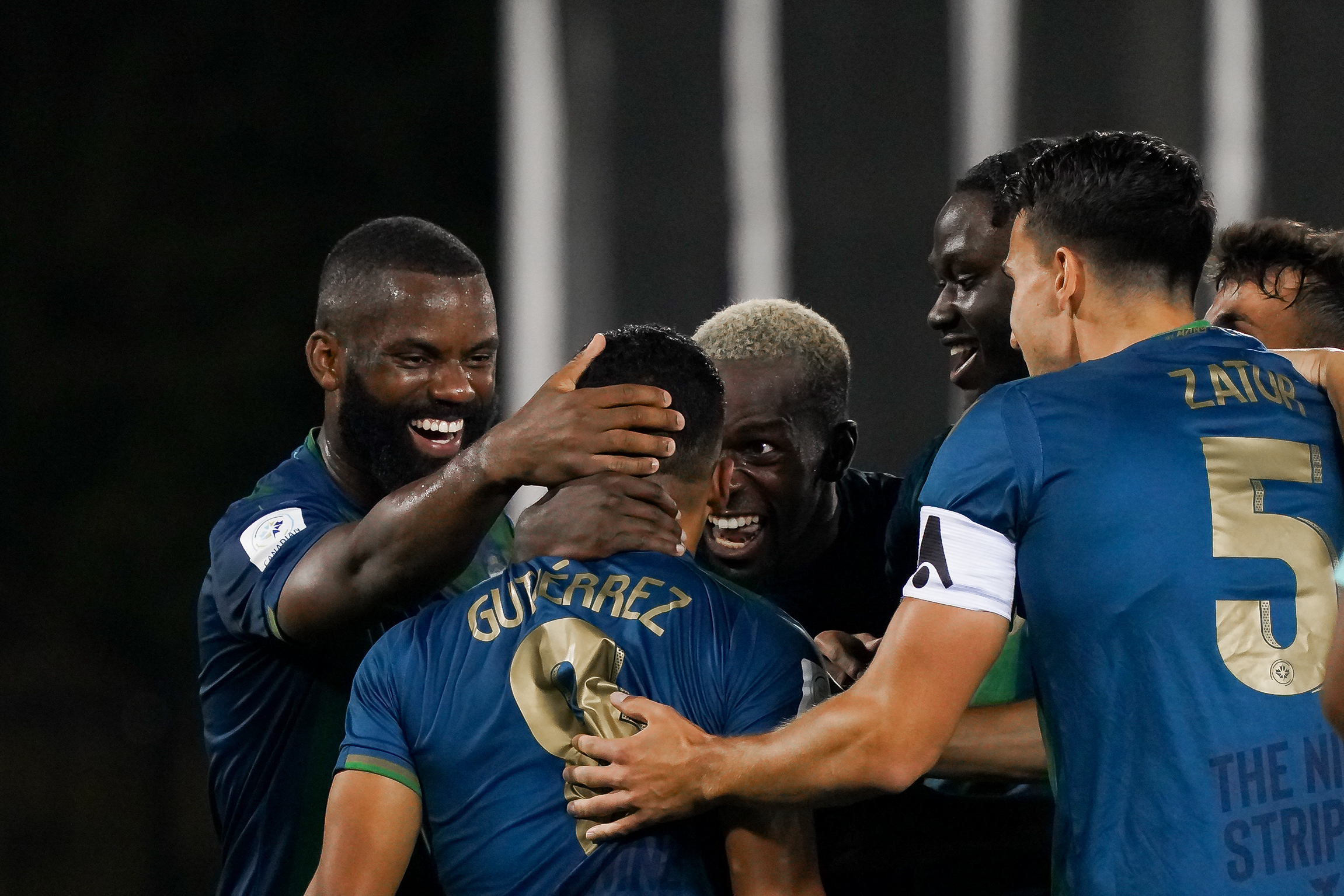 York United moved into the playoff places on Tuesday night, picking up three more points with a 2-0 win over Atlético Ottawa at York Lions Stadium.

With his team on the front foot in the early stages, Alvaro Rivero nearly gave York United the lead in the 12th minute. From the top left of the box, Rivero curled a shot toward the bottom corner on the far side, but his effort struck the woodwork and was cleared away from danger.

Atlético Ottawa had the majority of the scoring chances in the first half, and fired seven shots at Nathan Ingham in the first half, four of them on target. After York’s strong start, Ottawa got themselves back into the match and upped the tempo. One of their best chances of the half was off the foot of in-form attacker Malcolm Shaw, who fired a shot at Ingham from the edge of the penalty area that forced a stop from the Nine Stripes goalkeeper.

York had four shots in the opening 45 minutes, with two of them going on target. Other than Rivero’s aforementioned shot, the best opportunity for York came as a result of a brilliant pass from Julian Ulbricht. With his first touch, the German striker slotted the ball between two defenders to Michael Petrasso. Petrasso took a shot at Dylon Powley, but the Ottawa goalkeeper made a relatively simple stop.

The Nine Stripes broke the deadlock in the 53rd minute, as Diyaeddine Abzi finished off an impressive team movement. Driving in from the left wing, Abzi passed the ball to Rivero, and continued his run through the backline. Rivero played the ball back to Abzi, who closed in on goal and beat Powley with a gentle chipped shot from close range.

The home team doubled their lead in the 68th minute, as Sebastián Gutiérrez scored just moments after Jimmy Brennan brought him off the bench. After Lowell Wright slid him the ball near the edge of the penalty area, Gutiérrez charged past a defender before firing a hard shot along the ground that beat Powley to the goalkeeper’s left.

After the second York goal, Ottawa picked up the pace had generated several scoring chances. Alberto Soto, Rafael Nunez and Brian Wright all had shots on goal in the final 10 minutes of the match, but an elusive goal would never come for the visiting side.

With the win, York United jump over Valour FC and into the fourth and final playoff spot. The Winnipeg-based side have a game in hand, but the pressure is now on them as The Nine Stripes continue their strong run of form. Ottawa remain at the bottom of the table, and are now winless in their last seven CPL matches.