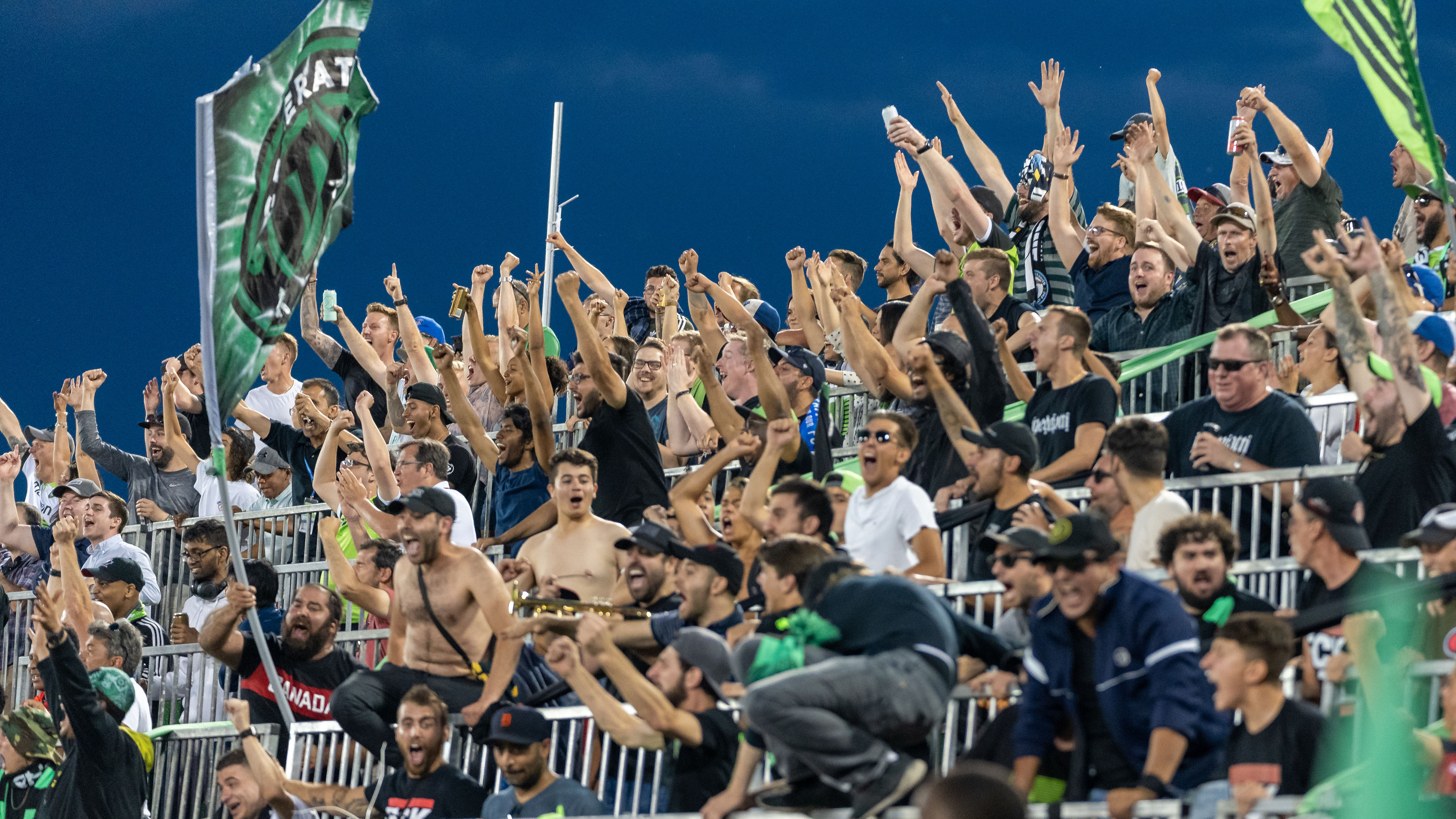 Little is certain in life, and even less so in sports. You can never be sure your team will win, or that a new player will be as heralded.

Perhaps that’s why there’s comfort in knowing, at least, that gameday comes, more or less consistently, every week. Some of the best weekly sports traditions are special for that reason — Hockey Night in Canada comes every Saturday; the NFL owns Sunday afternoons.

That’s the kind of tradition York9 FC is hoping to build in 2020. After learning that Atlético Ottawa’s inclusion for 2020 means a balanced schedule for the Canadian Premier League, with far fewer midweek games, York jumped on the opportunity to claim a day for their own.

The Nine Stripes play 10 of their 14 league home matches on Friday nights this year, with just a couple of Sunday afternoons, a single Wednesday in August, and an Easter Monday home opener completing the set.

It’s no secret that the GTA’s sports landscape can be crowded at times, and York9 is honest about the challenge that poses. The city is lucky enough to have a deluge of options for weekend entertainment, but that can make it hard for fledgling clubs trying to carve out their spot. During the summer months, Toronto FC (whose home games are almost all on Saturdays) and the Blue Jays will be in full swing.

So, York9 chose Fridays. Who doesn’t love a game under the lights?

“I wanted to look at giving the fans the ability to turn up without schedule clashes in the market,” explained Angus McNab, York9’s Managing Consultant. “We are owning and creating our own sort of destination viewing, and build some consistency for the fanbase, so that they know, 7 p.m., Friday night, York Lions Stadium, York9 comes to play.”

He added: “I think we have the most accessible not-downtown stadium in the league; the fact that someone can jump on the subway from down at Union Station and be all the way out to Pioneer Village and the stadium, within 35 minutes with a beer in their hand, after finishing work on a Friday night, that’s fantastic for us and for everyone.”

Indeed, in the later months of the season especially, foot traffic on the York University campus should be heavier on Fridays than weekends; a boisterous crowd at York Lions Stadium (plus some encouragement from the Green Lions supporters’ group) might draw in a few more students as well.

McNab also said the club is looking into improving the match experience, suggesting that, with the arrival of key international players, they could host theme nights — whether that means Brazilian food in honour of Gabriel Vasconcelos, or a Japanese flair for Wataru Murofushi.

That’s not all, though; one of McNab’s major focuses for this year is engaging the hotbed of youth soccer that is York Region, which means staying away from the night and weekend time slots when local clubs would be playing.

“We don’t compete with youth soccer in the region either,” McNab told CanPL.ca. “We can have youth soccer players come out and see heroes in their own backyard, guys they aspire to be, aspire to come and play for York9 and really grow the community attachment and promote the pathway.”

Of course, no club is going to get very far without being competitive on the field. From a footballing standpoint, the new balanced schedule may actually help York9 more than any other club in the CPL — when you think about it, adding a club in Ottawa turns at least a handful of trips that would, previously, have been flights across the country, into a road trip within a day.

“I think it’s certainly nice that Ottawa have come in and there’s a team that’s fairly local. We’re just happier that we’re up running and good to go,” McNab said.

“Some of the things that Jimmy and the physical therapy staff have been doing for managing the load is going to be critical, whether it’s Ottawa or anywhere else in the country. That work will be critical in making sure we have 23 or as close to 23 fit players for Jimmy to select from at all times.”

The term ‘load management’ is sure to get some tails wagging in the Greater Toronto Area. Injuries were certainly a problem for York9 in 2019, as they were for many CPL clubs, so the new schedule will hopefully alleviate some of that headache.

York9’s rejuvenated roster has them looking like a contender for the most-improved squad in 2020. Add to that the new game nights — unusual in the game of soccer, perhaps, but a bet the club hopes will pay off — and McNab is confident York Lions Stadium will be a fortress this year.

McNab concluded: “We really hope that people will bring their colleagues along after work, jump on the subway, have a couple of beers, and really enjoy and create a real festival, party atmosphere every Friday night at the stadium.”