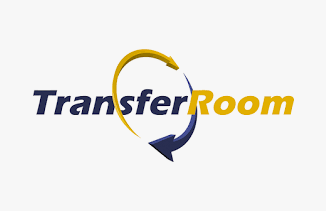 Back in mid-summer, York9 FC’s managing consultant Angus McNab prepared for a particularly hectic day. Later, there would be the official launch of The Island Games – the long-awaited return to action for Canadian Premier League teams. But before that, something completely different.

He spruced himself up a bit, took a sip of coffee and opened his laptop.

And the online dating began.

“Usually, this would take place in London, twice or three times a year. Clubs effectively speed date. We have 12 minutes to meet each other, chat about our team, our league and ultimately see if we can get down to business and look at deals. It was a relatively intense morning”.

TransferRoom, the brainchild of Jonas Ankersen, is an online platform where representatives from clubs around the world gather to network and exchange information on players. Since its inception in 2017, countless transfers and loan deals have been hammered out directly between teams. It’s an incredible way for organizations – regardless of size, prestige or history – to connect and schmooze.

“We chatted to clubs in the top divisions right across Europe: England, Spain, Italy, the Netherlands, Scotland, Sweden, Denmark, and Poland”, McNab continues.

“As well as that, we had conversations with top tier teams in the United States, Mexico, Chile, Argentina, Brazil and Peru. The clubs were especially keen to learn more about the CPL season structure and what we would do this year in the midst of a devastating pandemic. But then it quickly became apparent there is interest in working with us regarding loans and transfers – both buying and selling”.

TransferRoom has been a staggering success in the football world and has over 500 clubs now paying monthly subscriptions (the price varies depending on the team’s level) to avail of the unique service, including the likes of Liverpool, Manchester City, Juventus and Roma. In July, McNab managed a dozen meetings across a three-hour timeframe and set up countless other follow-ups. After twelve minutes of various flirting and eyelash batting, a button appeared to remind him of his next appointment and the process started all over again.

But, as McNab is quick to point out, it’s not just about networking.

“In addition to the meetings on the day, the platform allows us to pitch players to clubs based on their needs and the adverts they place on the site”, McNab says.

“It also allows us receive pitches from clubs based on what we are looking at”.

Inevitably, the repercussions of COVID-19 on the football economy fed into many TransferRoom conversations. But, so too, did the stability of the Canadian market.

“There are great deals to be done by offering people certainty in the next 12-36 months of their playing careers, particularly in a country as fantastic as Canada”, McNab says.

“We will move to sign players in a somewhat opportunistic way. The instability and uncertainty created by the global pandemic will create opportunity as we look at 2021. We’ve had serious discussions with players about contracts for next year so the process is well underway”.