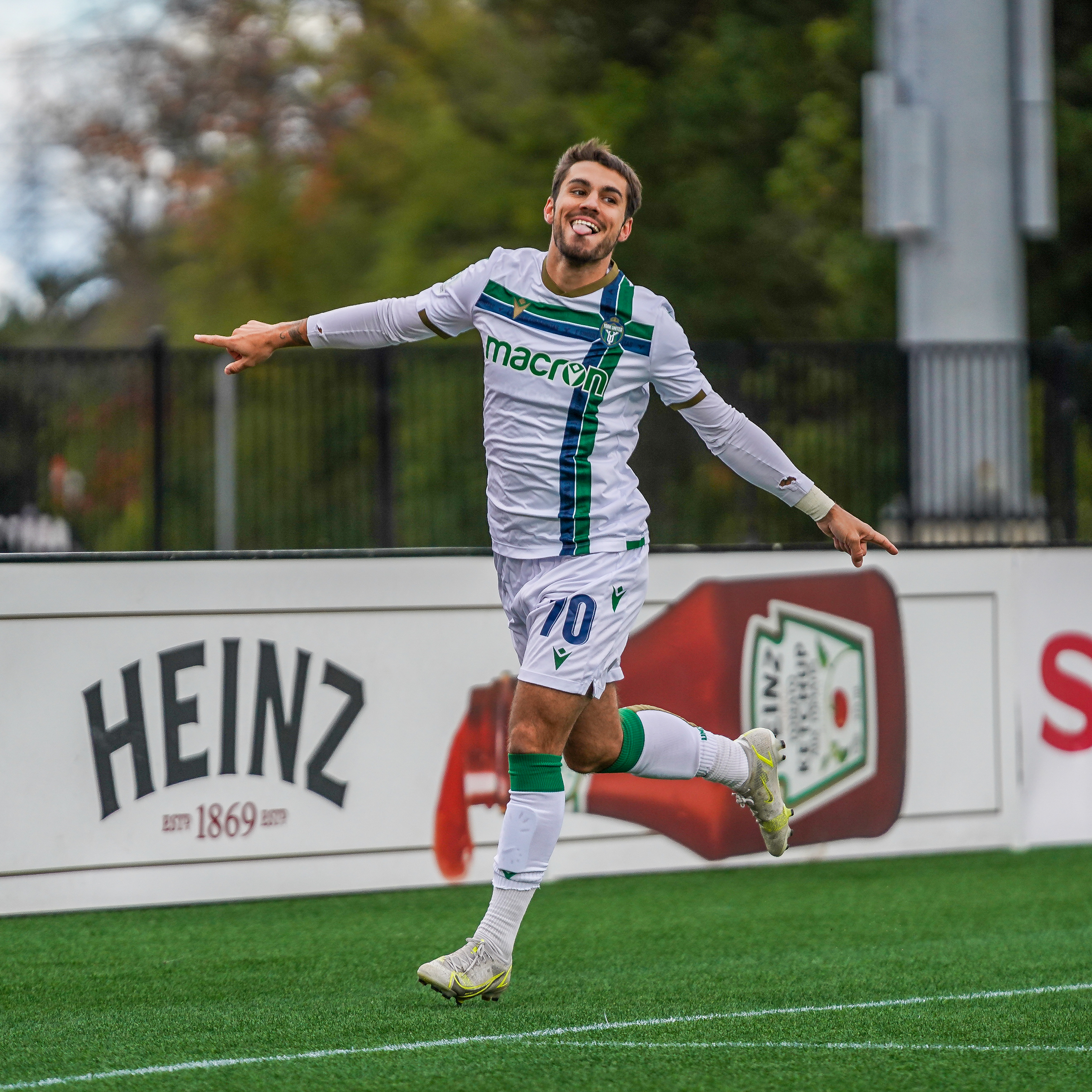 York United missed an opportunity to jump back into the playoff places on Sunday, drawing 1-1 with FC Edmonton at York Lions Stadium.

Both sides came flying out of the gates, with York in particular firing three shots at Connor James inside the first four minutes. None of them hit the target, however. FC Edmonton had a couple of chances as well, with Adam Najem coming closest in the early stages — hitting the crossbar with a shot from a tight angle in the sixth minute.

It was York getting the majority of the scoring chances through half an hour, with Connor James forced to make stops on shots from Alvaro Rivero and Michael Petrasso.

The Nine Stripes finally put the ball in the back of the net with their eighth shot of the game in the 28th minute, as Jordan Wilson dived in to forced the ball over the line with his body. The York defender used his arm to push the ball past James, however, and the goal was disallowed, and Wilson was given a yellow card.

The first half would end scoreless, with James the busier of the two goalkeepers. He stopped all four shots at his goal, while Nathan Ingham’s defenders at the other end of the pitch blocked three shots and prevented him from needing to make a save in the opening 45 minutes.

Less than two minutes into the second half, Easton Ongaro fired FC Edmonton into the lead, taking advantage of an impressive pass forward from Shamit Shome. Shome played a perfect pass between two York defenders, and Ongaro ran onto it before taking a touch and shooting the ball into the top left corner for his 11th goal of the season.

York responded instantly, with halftime substitute Jordan Faria putting the ball in the back of the net just six minutes later. The ball fell to the Nine Stripes midfielder following a set piece, and he rifled his shot into the Edmonton goal from just outside the six-yard box.

As the clocked ticked toward the end of the match, both sides pushed hard to find a winner, but one would never come. Paris Gee forced a big stop out of Ingham in the 82nd minute with a hard shot from outside the box, but that’s the closest anyone would get, and the match ended 1-1.

It was something of a missed opportunity for York United, who move equal on points with HFX Wanderers, but remain in fifth place in the table. HFX play Cavalry later in the day, with a chance to pull away a bit in that fourth and final playoff spot with just a handful of games remaining.