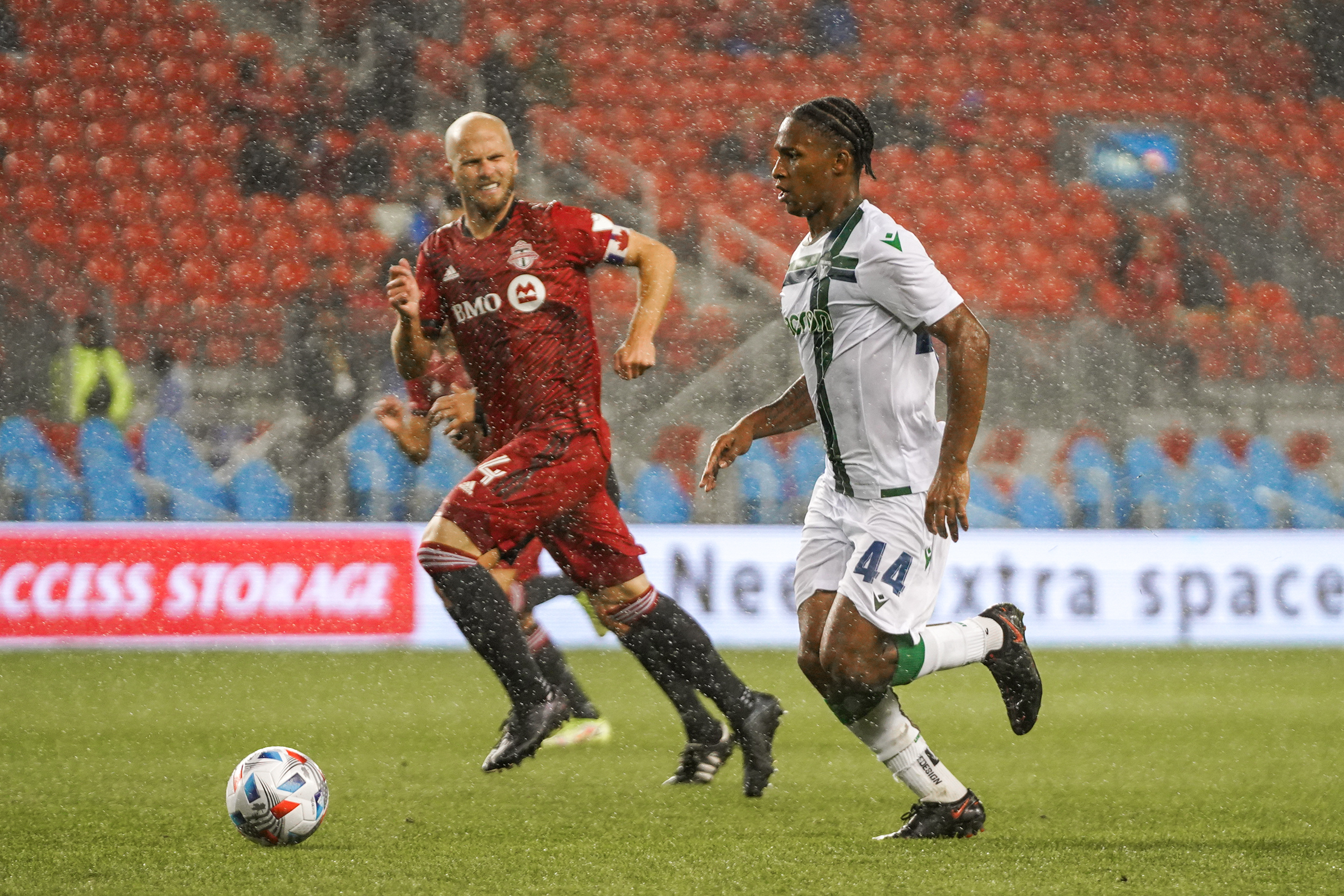 Toronto FC emerged victorious from the first edition of a local derby in the Canadian Championship, as they eliminated York United with a 4-0 win on Wednesday night at BMO Field to advance to the semifinals.

Jimmy Brennan deployed his side in their usual 4-2-3-1 formation, making just two changes from last Saturday’s draw with HFX Wanderers as GTA natives Michael Petrasso and Lowell Wright came in up front. TFC, beginning their 2021 journey in the competition, put out a very strong starting XI as well, as designated player Yeferson Soteldo got the start, as did Canadian national team veterans Jonathan Osorio and Richie Laryea and captain Michael Bradley.

TFC were, understandably, out on the front foot for most of the first half, with a handful of very dangerous chances — a couple of which required excellent saves from Nathan Ingham — but York held their own, winning most 50/50 balls and causing real trouble on the counter and with some set pieces.

Despite being turned away repeatedly, it would still be TFC who drew first blood, though. Just after the half-hour mark, Nova Scotia-born winger Jacob Shaffelburg managed to finally get in behind York fullback Chrisnovic N’sa, and he delivered a perfect cross to the head of Osorio, who stood unmarked near the back post for the headed goal.

Just a few minutes later, TFC found the net for a second time, in similar fashion. It was, once again, Shaffelburg who found space on the left side of the penalty area, and he sent in a quick cross for Ifunayachi Achara to knock into the net with an outstretched leg.

After some back-and-forth to begin the second half, York manager Jimmy Brennan sought to shake things up significantly in his team with a tactical shift, as Jordan Wilson entered the game for attacking midfielder Sebastian Gutierrez — which moved centre-back Roger Thompson to left fullback as York pushed Diyaeddine Abzi higher up the pitch.

With just under 10 minutes to go in the game, TFC found another handful of chances against a York team trying to get forward, and finally they earned another chance, as teenage attacker Jakheele Marshall-Rutty danced into the box and was chopped down to win a penalty kick for the Reds. Soteldo stepped up to convert the penalty, putting a final dagger in York’s chances.

Though the result was settled by that point, Toronto added yet another goal in the very late stages, as Noble Okello found himself played through onside in the 89th minute and slid the ball past Nathan Ingham at the near post.

So, TFC sailed through to the semifinals of this competition, where they’ll take on another Canadian Premier League foe in either Cavalry FC or Pacific FC (depending on which side wins Wednesday night’s late contest in Calgary).