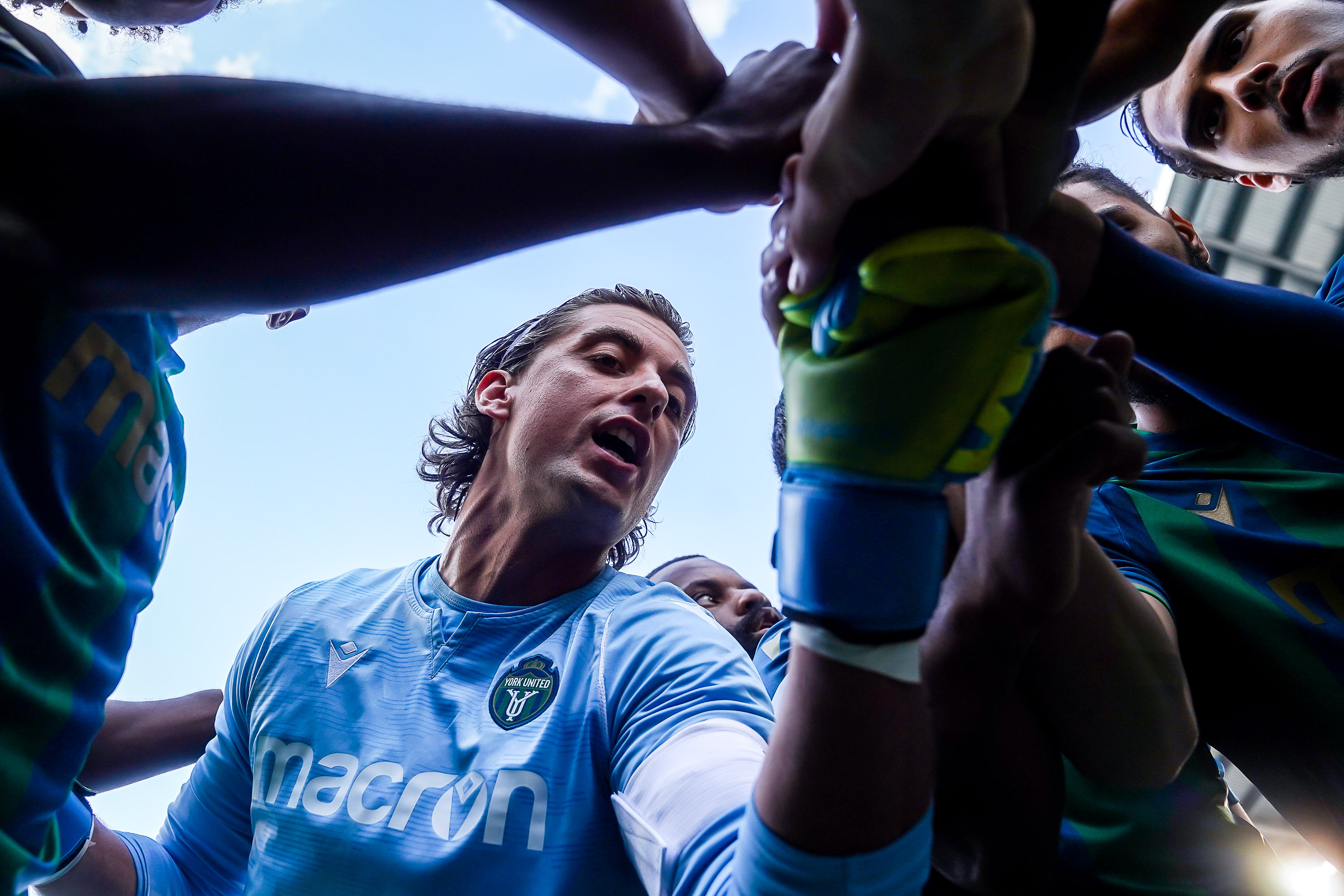 York United and Cavalry FC met for the second time this year on Wednesday night, but unlike their last contest, this one didn’t see either side find the scoresheet as they played out a gruelling 0-0 match at IG Field.

Jimmy Brennan’s York entered the match a fairly battered side; with usual centre-backs Roger Thompson and Dominick Zator out with injury, midfielder Jordan Wilson and fullback Chrisnovic N’sa stepped in for the second straight game to anchor the defence while winger Max Ferrari tried his hand at right-back. Cavalry, meanwhile, rolled out a lineup with Anthony Novak leading the line alongside international wingers José Escalante and Richard Luca.

The first half, though not necessarily cagey, saw both sides fail to test the opposing ‘keeper with a shot on target. Novak had an excellent chance all alone at one end but couldn’t beat Nathan Ingham, while a flurry of York chances were defended capably by the Cavalry backline. Ultimately, the Cavs had the lion’s share of the ball, but more of the first 45 minutes were played in their half than in York’s.

The contest was a feisty one, similar to the previous meetings between York and Cavalry. A number of crunching challenges drew serious hostility at times, as the physicality began to take a bit of a toll on sides that grew increasingly frustrated in attack as the match wore on. Ultimately, Cavalry took up the most space in the referee’s book, with four players seeing a yellow card on the night — as opposed to one for York.

Perhaps the closest either side came to scoring was around the 80th minute, when Cavalry’s Mo Farsi found himself in alone after putting it past a defender by himself, but his attempt on goal took a deflection off Ingham and over the net. Still, it was the Cavs who turned the pressure up more in the second half, with their substitutions adding some life to a challenging contest, but they weren’t able to make much of their opportunities. In fact, one of those substitutes — Ali Musse — nearly won it for the Cavs right at the brink of full-time with a free kick that Ingham just managed to tip over the bar.

York, without an abundance of match-fit players, waited until much later to begin introducing substitutes, but at that point they were more content to grind out the point in what was surely a taxing 0-0 game.