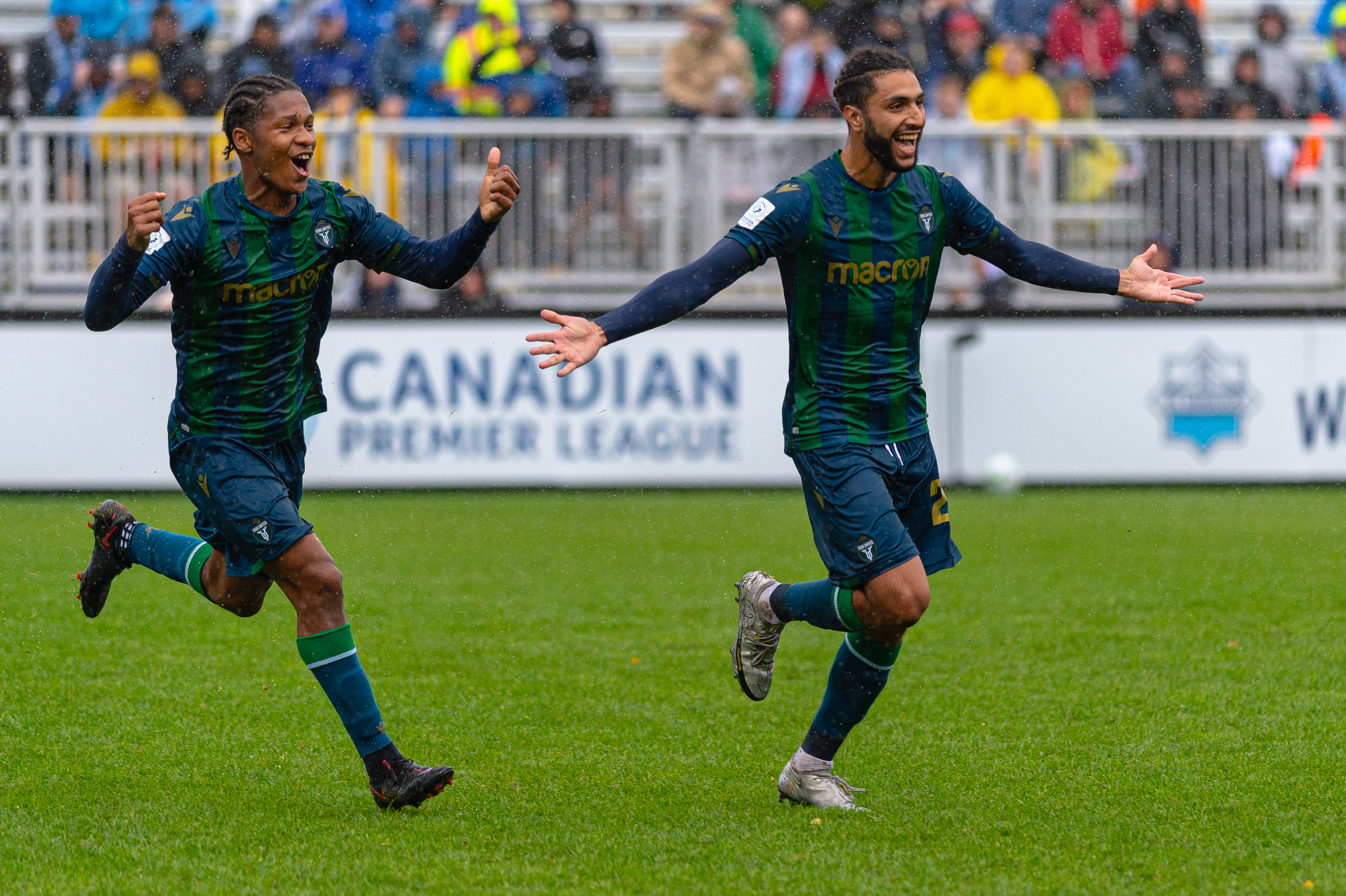 Wild, wet, and wacky: HFX Wanderers FC and York United battled out to a 3-3 draw in an all-time CPL classic match at Wanderers Grounds on Labour Day Monday.

York, who jumped out to a two-goal lead after 50 minutes, saw an advantage evaporate in just three minutes when defender Jordan Wilson was called for two fouls in the box after the 84th minute. The win seemed out of reach before York substitute Alvaro Rivero caught Halifax ‘keeper Christian Oxner off his line from near halfway. Not to be outdone, Halifax charged forward and got yet another equalizer after a header came off the crossbar but crossed the line in the second time of asking.

With the result, the two sides on the playoff bubble added just one point to their totals, as York remain fifth in the CPL trailing Valour for the fourth spot.

Brennan’s side created the better of the chances through the first half – though both teams enjoyed entertaining spells at a rain-soaked Wanderers Grounds.

Diyaeddine Abzi and York broke the deadlock after 39 minutes on a neat piece of set-piece trickery. A free-kick on the edge of the box was laid off to Michael Petrasso, who sent a ball across the top of the box to Abzi who laced a left-footed shot just to Christian Oxner’s left. The Halifax goalkeeper fumbled his attempted save as the ball bounced backwards into the net.

York made it a second just after halftime when Ulbricht was smartly sent through by Petrasso on a backline-slicing through ball. The towering German smartly found the bottom corner, sending the Wanderers, initially lining up to frustrate York’s attack, into an attacking gear.

However, as the rain continued, the pitch became slower and slower and Halifax failed to take advantage of the caught-up balls and slow passes – especially as the match divulged into a cage, back-and-forth pace.

The Wanderers nearly opened their account in the 68th minute when Joao Morelli saw an open net shot at the back post miraculously saved off the line by Abzi.

Several strong sequences followed for the Wanderers up to the 84th minute when York’s Jordan Wilson was called for not one but two fouls inside the box. Morelli stepped up to the spot and converted twice to jump out to a CPL-leading nine goals on the season.

York’s Rivero caught just about everyone at Wanderers Ground off guard in the following minutes with an attempt from near half. He scored on Oxner… only for the Wanderers to come back and score a dramatic late equalizer which deflected off Abzi on the goaline.