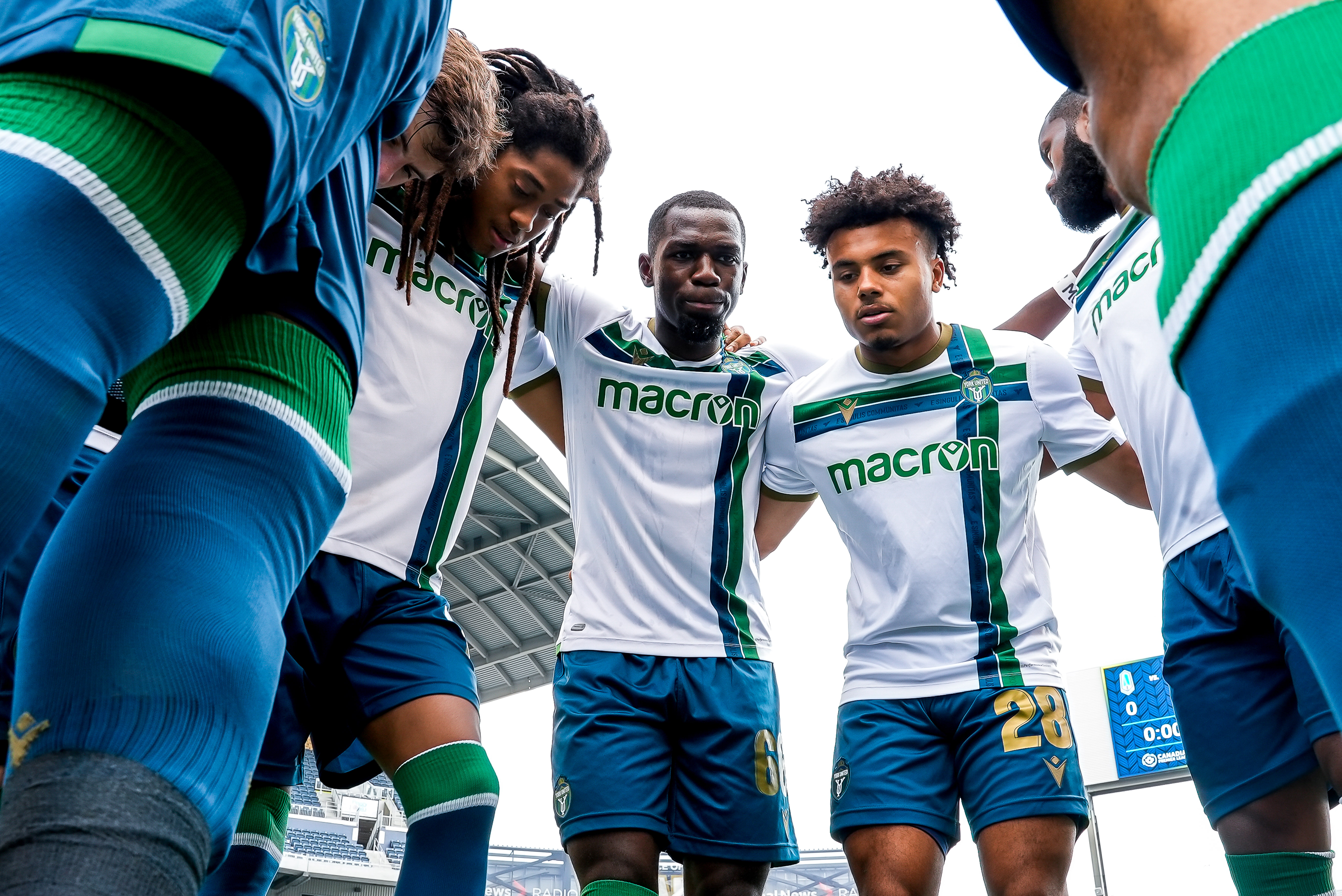 Pacific FC climbed to the top of the CPL table on Saturday, improving to 3-1-1 on the season with a comfortable 3-0 win over York United for their second straight victory at IG Field in Winnipeg.

Both sides entered the match with a few notable absences; York, with Roger Thompson and Dominick Zator out injured, had to draft in Jordan Wilson and Chrisnovic N’sa to play away from their natural positions at centre-back. Pacific was without Manny Aparicio and Thomas Meilleur-Giguère for the second straight contest, so they had to lean on their depth as well.

Despite the missing pieces, Pacific wasted no time taking control of this game with a pair of goals within the first 10 minutes. The first saw Ollie Bassett pick out Matteo Polisi in the 6th minute with an exceptional through ball, which the latter finished with a low strike across the net for his first professional goal.

Just three minutes later, Marco Bustos made a surging horizontal run from midfield with the ball, spotting Bassett behind the York defensive line and running into space in the box to score from Bassett’s excellent cutback pass.

York attempted to put some pressure on the Tridents, with Diyaeddine Abzi creating a few chances by himself with his skill along the left wing, but ultimately Pacific saw out the first half convincingly, with 70% possession.

They didn’t let off the gas in the second half, either. Springing a counter attack in the 53rd minute, Marco Bustos took it himself all the way from his own half, cutting a few metres into the box before unleashing a sensational left-footed curler into the top of the net for his second of the afternoon.

With the 3-0 lead, Pacific coach Pa-Modou Kah took the opportunity to get his star a modicum of rest, swapping Bustos out near the 70-minute mark. York, meanwhile, made a handful of second-half changes to try and get back into the game, with a trio of debuts for international players Gerard Lavergne, Julian Ulbricht, and Nicholas Hamilton.

York did muster a few chances late in the contest, but goalkeeper Callum Irving kept them away fairly comfortable; indeed, Pacific had a few stellar opportunities of their own, but York keeper Niko Giantsopoulos did very well to keep the score at 3-0.

Ultimately, York was never able to threaten the Pacific goal as much as they would’ve hoped, as the Tridents saw out their win quite convincingly.